If you haven’t heard of Samuel Poulin yet, chances are you will soon! Anyone who followed the 2019 NHL Draft may be familiar with him already: he was the Pittsburgh Penguins’ first round pick. In fact, Samuel was drafted 21st overall! 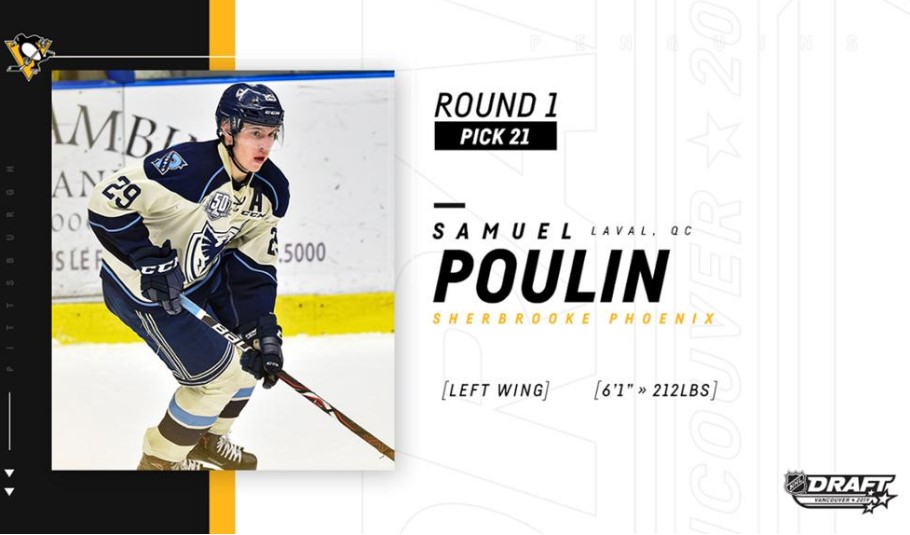 Here at Ontario Virtual School, along with our partners at Northern Pre-University, we have been following Sam’s incredible journey for quite some time. Much like earning your high school diploma, becoming a first-round draft pick doesn’t happen overnight, nor without a great deal of hard work and dedication. Poulin has been a member and top prospect of the Sherbrooke Phoenix of the QMJHL since 2018. After discussions with both his agent and family, Samuel decided to enroll in a full-time curriculum with OVS and Northern Pre-University.

In fact, being drafted into the NHL wasn’t Samuel’s only major accomplishment in recent years: he also joined Team Canada at the IIHF Under-18 World Championship, where he put up one goal and one assist in seven tournament games as Canada finished 4th. He was also part of Team Canada’s Hlinka-Gretzky winning team, putting up one assist in five games. Like his father, former NHLer Patick Poulin, Samuel has done an exceptional job representing his country. Oh, and did we mention he did all this while also earning his Ontario Secondary School Diploma?

Congratulations Sam, we can’t wait to see you take the ice!