Like most high school students, Haoyu Liu was working hard to learn as much as possible during his senior years, with the hopes of earning acceptance to a prestigious university where he could follow his dreams. Unfortunately, Haoyu was having difficulties working with teachers in his regular day school. Every student learns differently, and sometimes a particular teacher’s style, or even an entire school’s culture, may not match the way a given student learns, despite their being knowledgeable and motivated to do so.

Luckily, not long after Haoyu found himself in this unfortunately common situation, he stumbled upon an advertisement for a school with a unique approach to learning – Haoyu discovered Ontario Virtual School.

“I found OVS though a YouTube advertisement that popped up. I’m so grateful that it did!”

Shortly after making this chance discovery, Haoyu did some research into OVS’s approach. He wanted to enroll somewhere where he would be able to take control of his own education, as he felt this was how he would be able to best display his aptitude. Ontario Virtual School’s self-paced learning program offered him just that – while still maintaining the benefit of an OCT-certified teacher to answer questions as needed.

After careful research, Haoyu decided to take Grade 12 Advanced Functions and Calculus & Vectors with OVS. These were particularly important courses for his post-secondary goals, as he intended to major in Computer Science.

One thing Haoyu immediately appreciated was “the ease of the registration process,” as well as the “ease of accessing the lessons, tests, and other resources right within the LMS.” Haoyu also commends “the quality of OVS’s lessons, both the videos and their narration”.

Despite the ease Haoyu found in navigating through the course content on his own, he also notes that his teachers matched his learning style much more closely than the teachers at his old school. In particular, he “appreciated the timely responses from both his teachers and the OVS administration” to his email inquiries, as well as the “quick turnaround time” for his tests and assignments. After every evaluation, Haoyu received an emailed mark update with feedback from his teacher on areas for improvement (or more often praise for his exceptional work), all within just 48 hours of submitting. 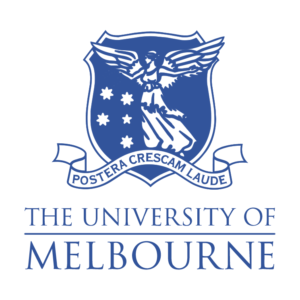 Recently, Haoyu found that his hard work had paid off! He has been accepted to the University of Melbourne, where he is now studying Computer Science. We followed up with Haoyu to ask him what he thought of his experience with OVS, looking back on it from his current success. Here’s what he had to say:

“OVS helped me with helping me achieve good grades, easily understand very difficult math concepts, and improve my learning skills majorly. I found that I was very well prepared for University, all thanks to OVS. Overall, OVS is much better at everything: teaching and supporting students reach their goals and I would definitely recommend it to everyone.”

Thank you for your feedback Haoyu, and we wish you continued success in your post-secondary studies!